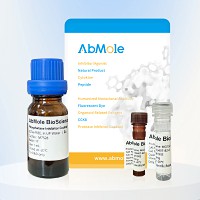 In vitro: Tocilizumab inhibits the binding of IL-6 to its receptors, and thus reduces the cytokines pro-inflammatory activity by competing for both the soluble and membrane-bound forms of the human IL-6 receptor. The inhibitory profile of anti-IL-6R mAb Tocilizumab is independent of membrane-bound IL-6R expression. Tocilizumab has anticancer potency via apoptosis induction as an agonistic IL-6R regulator. It has also been demonstrated that tocilizumab has an anti-proliferative effect on glioma cells via inhibition of the JAK-STAT3 pathway. Tocilizumab exhibits a significant growth inhibition in NSCLC cells (H460, A549, H1299 and H358), with proliferation significantly decreased by approximately 40% in A549 cells. Tocilizumab does not alter the levels of the ERK1/2, STAT3, NFκB and phosphorylated ERK1/2 and STAT3 proteins, but this antibody does considerably increase the expression of phosphorylated NFκB in NSCLC cells. Tocilizumab significantly inhibits expression of both IL-8 and MMP-9, known as the major angiogenic factors.

In vivo: A series of clinical studies has shown that inhibition of IL-6 signaling by tocilizumab is therapeutically effective in rheumatoid arthritis, juvenile idiopathic arthritis, Castleman's disease, and Crohn's disease. In all of these diseases, tocilizumab ameliorates inflammatory manifestations, and normalizes acute phase protein levels. Tocilizumab as a monotherapy and in combination, such as with methotrexate in case of rheumatoid arthritis, seems to be well tolerated. Tocilizumab markedly decreases the number of invaded capillary vessels in tumors.