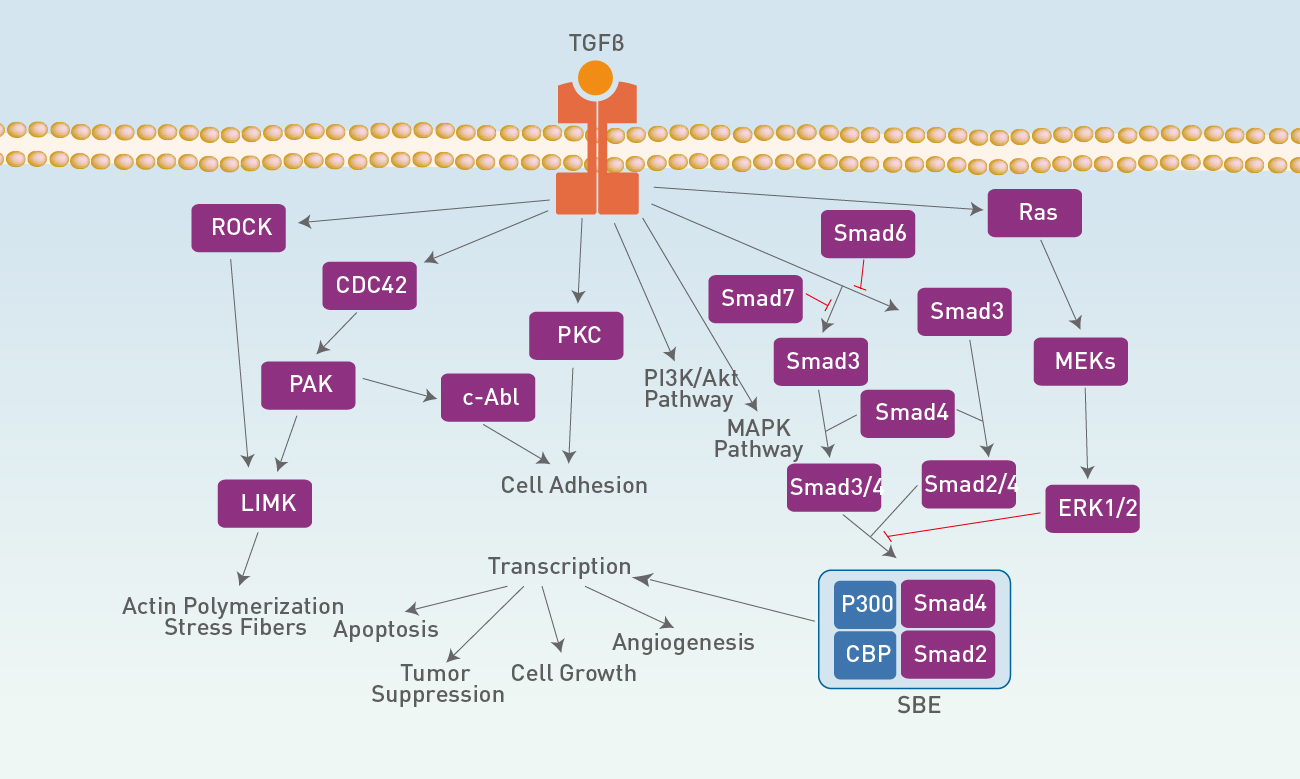 The TGF-β superfamily comprises TGF-βs, bone morphogenetic proteins (BMPs), activins and related proteins. These proteins were identified mainly through their roles in development; they regulate the establishment of the body plan and tissue differentiation through their effects on cell proliferation, differentiation and migration. There are eight vertebrate Smads: Smad1 to Smad8. Smad2 and Smad3 are activated through carboxy-terminal phosphorylation by the TGF-b and activin receptors TbRI and ActRIB, whereas Smad1, Smad5 and Smad8 are activated by ALK-1, ALK-2, BMP-RIA/ALK-3 and BMP-RIB/ALK-6 in response to BMP1–4 or other ligands. TGF-β binds two receptor types, the TGF-β type I and type II receptors (TβRI and TβRII, respectively) to form the active signaling complex. The TβRII activates TβRI kinase activity by phosphorylating the TβRI, which then transmits the signal intracellularly by phosphorylating the Smad transcription factors. The Smads constitutively shuttle between the cytoplasm and nucleus, but signaling causes the Smads to accumulate predominantly in the nucleus where they bind DNA and other transcriptional machinery to regulate the expression of target genes. Abnormalities of the TGF-beta receptors and SMADs have been detected in various tumors, including colorectal cancers and pancreatic cancers. In addition, TGF-β/BMP signaling is also involved in osteoblast differentiation, chondrocyte differentiation, skeletal development, cartilage formation, bone formation, bone homeostasis, and related human bone diseases caused by the disruption ofTGF-β/BMP signaling.