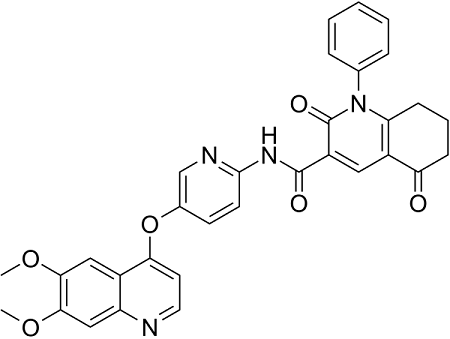 ONO-7475 is a potent and orally active Axl/Mer inhibitor with IC50 values of 0.7 nM and 1.0 nM, respectively. ONO-7475 sensitizes AXL-overexpressing EGFR-mutant NSCLC cells to the EGFR-TKIs, suppresses the emergence and maintenance of tolerant cells. ONO-7475 combines with Osimertinib provides a bright promise for the study of EGFR-mutated non-small cell lung cancer (NSCLC).