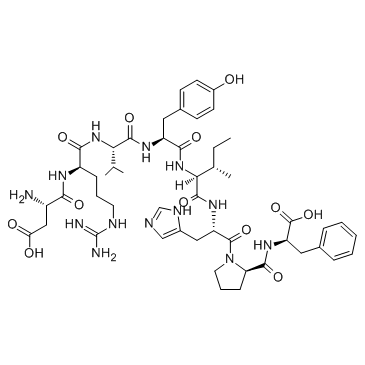 In vivo: To distinguish the AT1 receptor population that is critical for the pathogenesis of hypertension, osmotic minipumps are implanted s.c. into each animal to infuse Angiotensin II (1,000 ng/kg/min) continuously for 4 weeks. Angiotensin II causes hypertension by activating AT1 receptors in the kidney promoting sodium reabsorption.